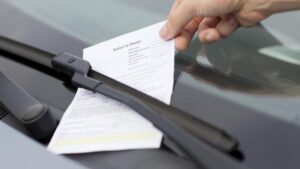 A report shows thousands of Victorian drivers are choosing to take traffic fines and parking tickets to court with the figure increasing by 12,000 from the previous financial year.

The report shows that 72,900 people opted to appear before a magistrate instead of handing over the cash to pay the fines in the last financial year.

While more people are opting to fight their infringements in court, the number of fines handed out in the state dropped to 4.99 million which is a decline of 830,000 from 2012-13.

Need Advice? Talk to us today!